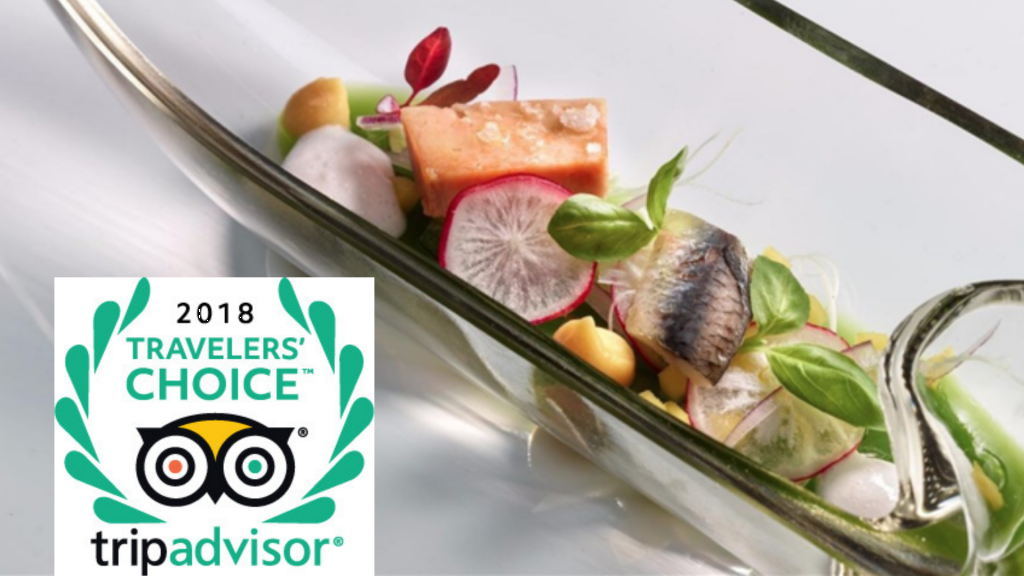 Travel website TripAdvisor, recently released the 2018 Traveler’s Choice Awards which highlight the best places to dine, according to ratings and reviews posted on the site.
The awards saw the top four spots in the Fine Dining category going to European restaurants, with the French Au Crocodile scooping top honours, while the Spanish Martin Berasategui and El Celler de Can Roca came in second and third respectively.
Restaurant Sat Bains, in Nottingham, United Kingdom took the fourth position.

According to TripAdvisor’s Hayley Coleman, UK restaurants are making a mark in the dining industry across the world. In addition to Restaurant Sat Bains, Birmingham based Adam’s as well as Belmond Le Manoir aux Quat’Saisons in New Milton, Oxfordshire, managed to get spots in the top 25.

No stranger to the list, Sat Bains has previously placed second in 2015 and sixth in 2014.
In addition the restaurant has received 2 Michelin stars, the first of which it got in 2003.
They offer a choice between a seven or ten-course tasting menu, which includes dishes such as smoked eel and potato from the embers.

Adam’s have also been bestowed with a Michelin star. They have a varied menu, offering suckling pig, fallow deer and Thai green curry, to name a few.

At Belmond Le Manoir aux Quat’Saisons you can expect a seven-course menu, which includes roasted loin of Rhug Estate venison as well as spiced monkfish, mussels, saffron, leeks, gewürztraminer. Boasting 2 Michelin stars, the restaurant has received rave reviews on TripAdvisor. Reviewers laud the service as well as the food, with one guest stating: “The food was sublime, and the service friendly and efficient.”

The above-mentioned restaurants are the top three on the UK list. L’Enclume in Cartmel, Cumbria and The Black Swan at Olstead in North Yorkshire are in fourth and fifth place respectively.

This year the Traveler’s Choice Awards have included a new category, Everyday Dining.
This category features restaurants which provide affordable dining for any occasion. Edinburgh’s Makars Gourmet Mash Bar tops the UK list. As the name suggests, the restaurant serves a variety of mashed potato dishes. Hot on its heels is The Oystermen Seafood Bar & Kitchen, in second place and Iran Restaurant in third place.

Going through their TripAdvisor pages, it is little wonder that each of the above-mentioned restaurants received such high accolades. Each restaurant boasts a page with high-quality positive reviews. If you are a restaurateur, it may be time to spruce up your TripAdvisor page and provide excellent food and a first class dining experience. You just might be featured in the next Traveler’s Choice Awards.

Transparency: What We Learnt From The Pret a Manger Case

Tips To Navigate Through Covid in 2020